Concealment is an important part of precision shooting. In the world of military and LEO snipers, it can mean the difference between life and death. But even in the civilian sector, it plays a functional role for the tactical and hunting communities - And, lets face it, it just looks super cool. With the additional benefits of added exterior protection, rust and carbon fouling resistance, and of course helping to keep you unseen, it’s a no-brainer to turn that boring black rifle into a one of a kind custom rig. Modern day coatings such as Cerakote and hydro dip have opened endless choices for gun owners to customize their rifles. Naturally, some of the most popular paint schemes are those camouflage patterns used by the military. So, we’ve compiled a short illustrated guide to popular modern military camouflage patterns used by U.S. armed forces, along with a brief history and description.

The Woodland Pattern, also known as M81, was the default camouflage pattern issued to United States Soldiers, Marines, Sailors, Airmen, and Coast Guardsmen from 1981 until its replacement in the mid 2000's. The Woodland pattern is identical to ERDL - The US Army Engineer Research and Development Laboratory. But it is printed from an enlargement of the ERDL original.

Anticipating the need to deploy troops to the middle east in the mid 1960's, the US Army began developing a camo pattern for desert environments. This desert scheme was produced primarily between 1981 to 1991 and saw considerable service with US military personnel serving on desert exercises in the Sinai, Persian Gulf (Desert Storm), and Somalia. The six-color desert pattern has affectionately become known as "chocolate chip" due to the small black elements resembling the cookie.

After the invasion of Kuwait by Iraq, the U.S. required a desert warfare camouflage for the increased number of personnel in the middle east. Until now, most personnel deployed in Operation Desert Shield and Desert Storm were issued the woodland pattern or DBDU. The Army was already developing a general-purpose camo suited better to the sparsely vegetated and sandy regions of Asia and North Africa. This design saw some use in Desert Storm. It became known as the Coffee Stain pattern.

Originally developed by the Canadian government, CADPAT was the basis for the US adopted MARPAT (Marine Pattern) design. Rather than using organic shapes, the design utilized pixelated shapes to provide concealment. Three versions were ultimately adopted by the USMC - MARPAT Woodland, MARPAT Desert, and MARPAT Winter.

In 2004 the US Army adopted its own digital camouflage pattern which it termed Universal Camouflage Pattern (UCP.) Often mistakenly referred to as ACP (Army Combat Uniform). Essentially this pattern is a re-coloration of the MARPAT design. The idea behind the concept of "universal camouflage" was to issue soldiers with a single combat uniform capable of performing suitably in any environment.

In 2007 the US Navy introduced its own uniform, the Navy Working Uniform (NWU). It was from this design, that the Navy developed two additional patterns for the Navy Special Operations known as NWU-3 and NWU-2. The patterns were developed in various color combinations for use in arid, temperate, and tropical environments. Often commonly referred to as AOR1 and AOR2 for the desert and woodland variants of the design.

Originally designed by Crye Precision and produced by the US DOD for official issue in Afghanistan since 2010, Multicam is now one of the most recognized and used patterns in both military and commercial use. Multicam was originally championed by personnel in the US Special Operations community, but has seen been tested and approved for issue to military personnel serving with ISAF in Afghanistan. The seven-color, multi-environment camouflage pattern was designed for use in varied environments, seasons, elevations, and light conditions. Since its inception, Crye Precision has developed 5 versions of the design - Multicam, Multicam Arid, Multicam Tropic, Multicam Alpine, and Multicam Black.

Around 2002 the USAF opted to begin developing a unique camouflage design of its own. Contracting a company called Tiger Stripe Products, the USAF chose a pixelated version of the design that utilized the same colors as the Army UCP design. 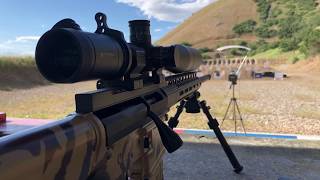 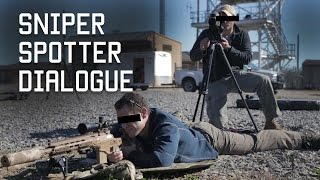 To MIL or MOA?... That is the question